To learn more about our services, our expertise or our company, feel free to contact us. You can also follow our company on XING and LinkedIn. 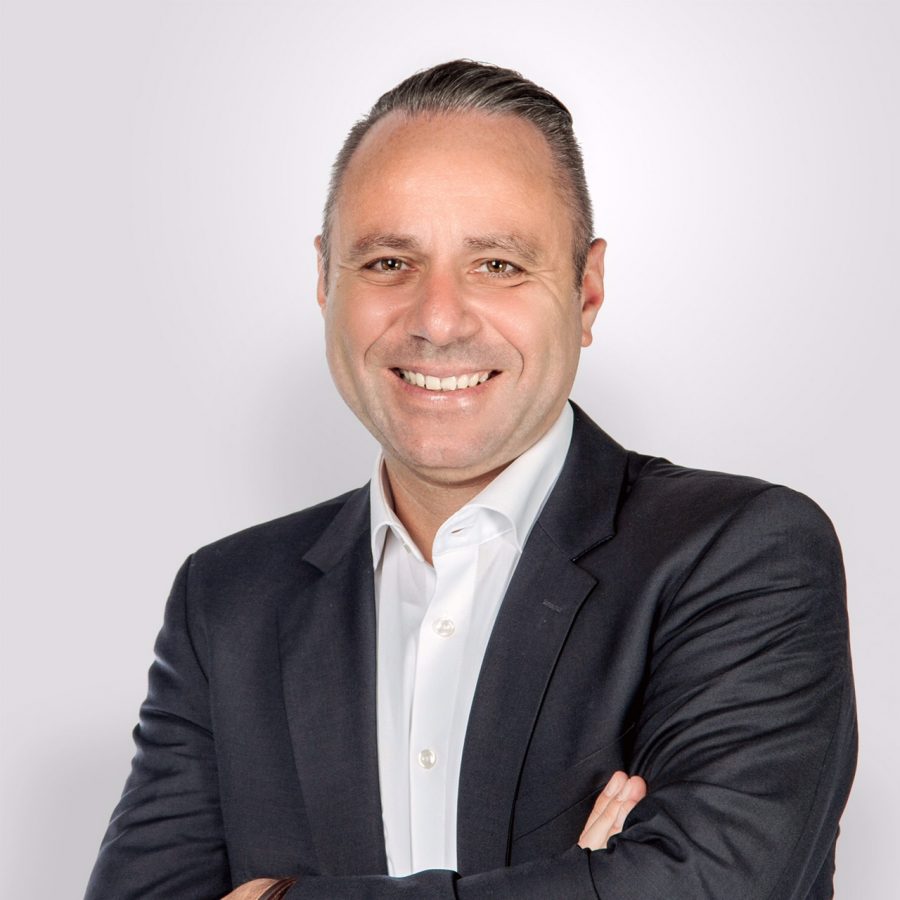 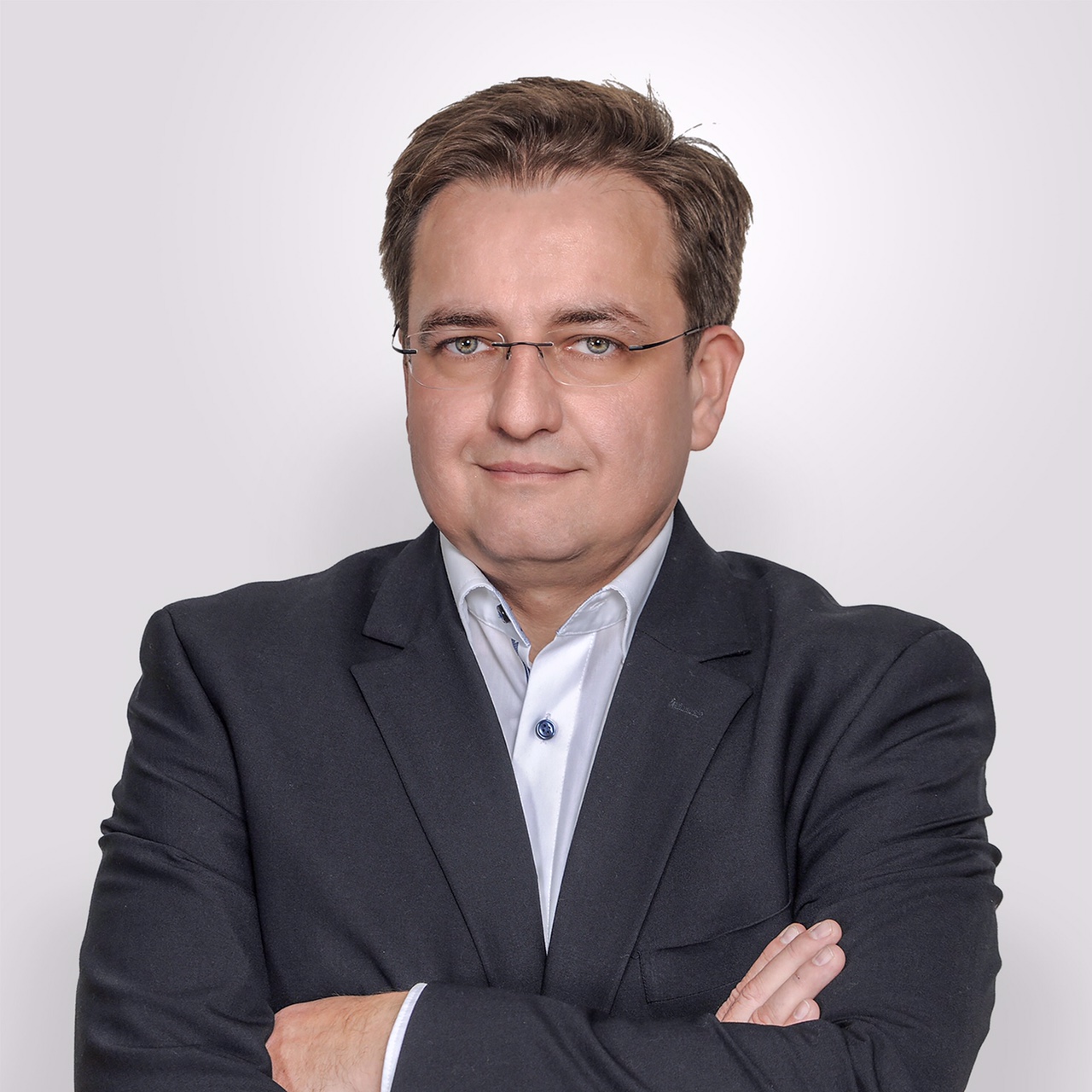 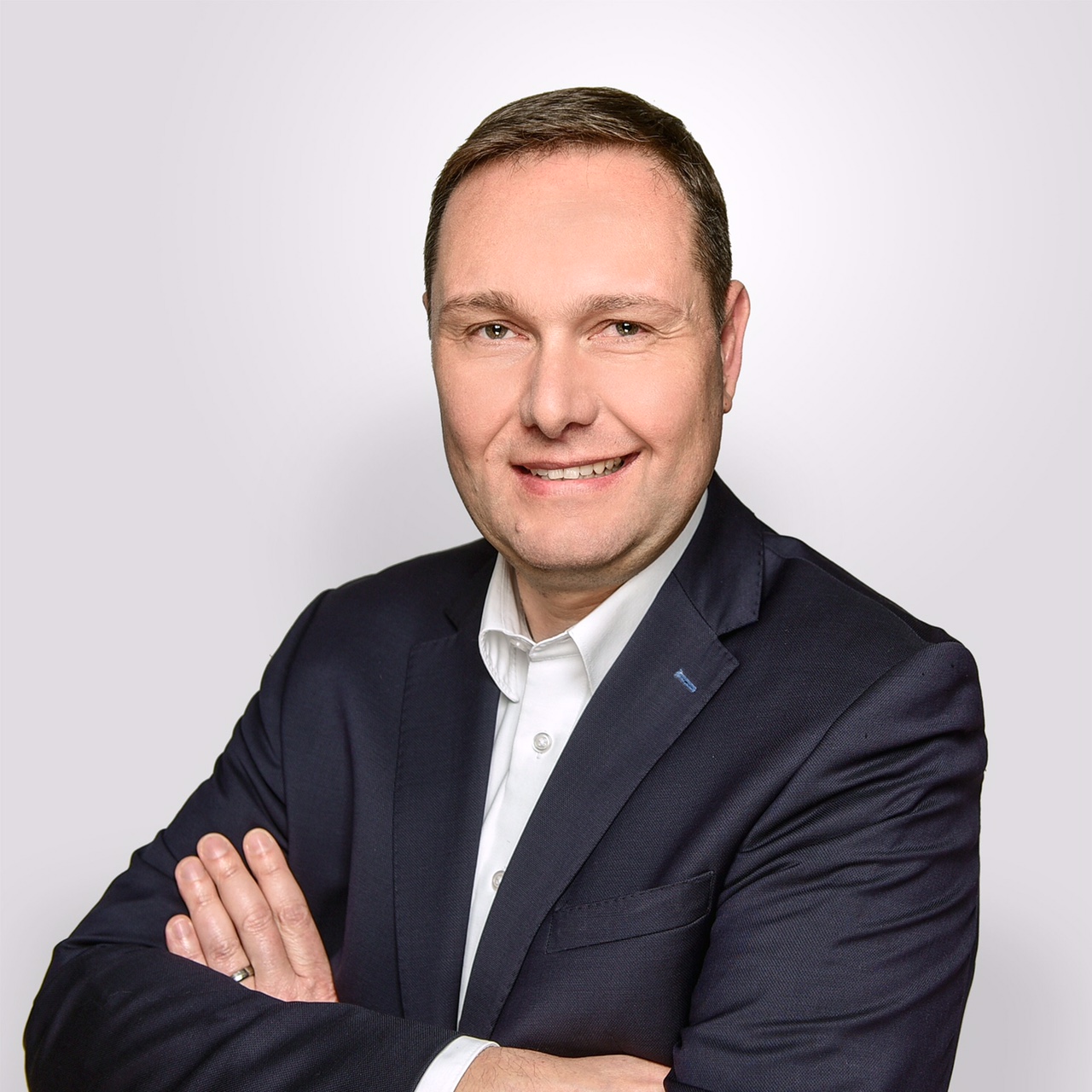 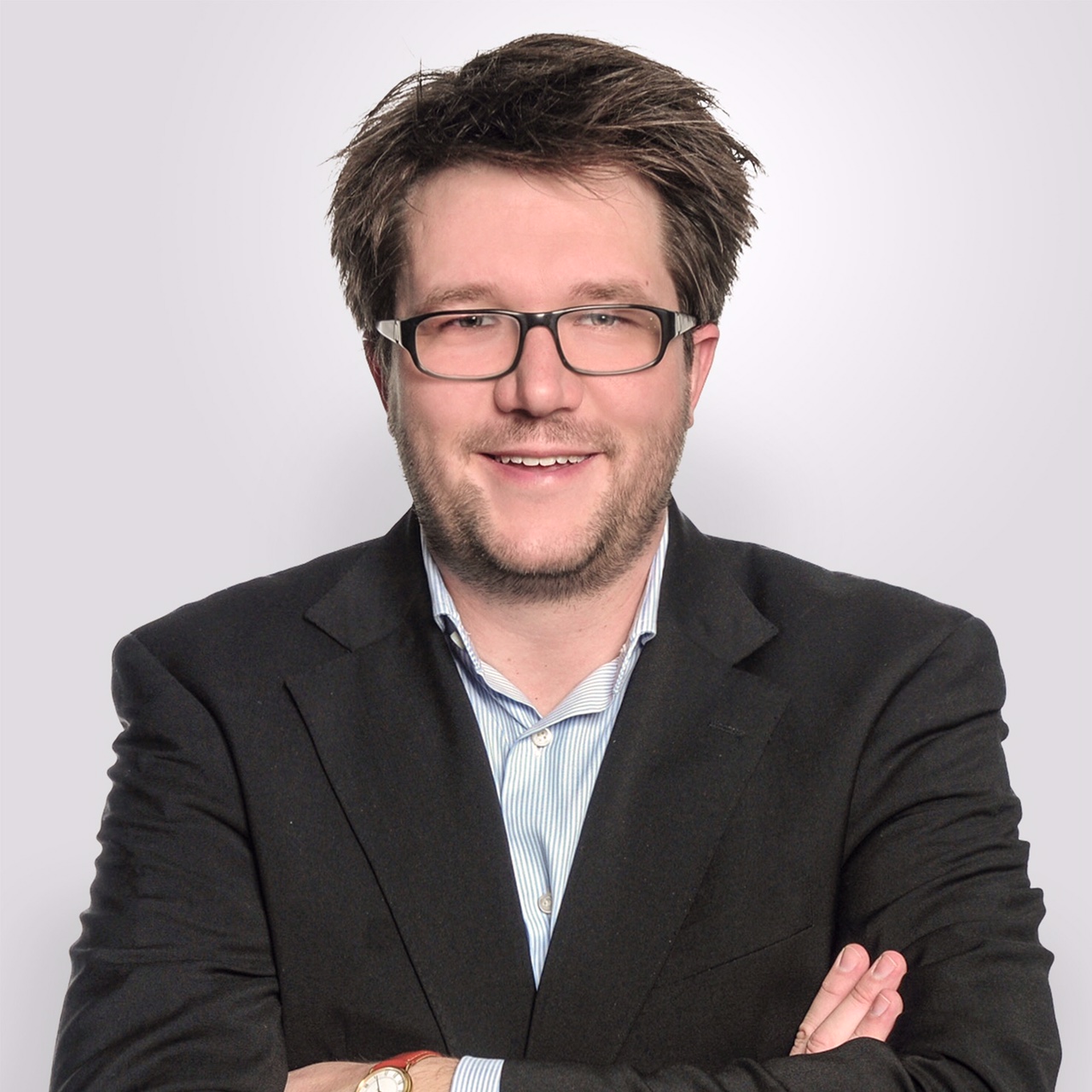 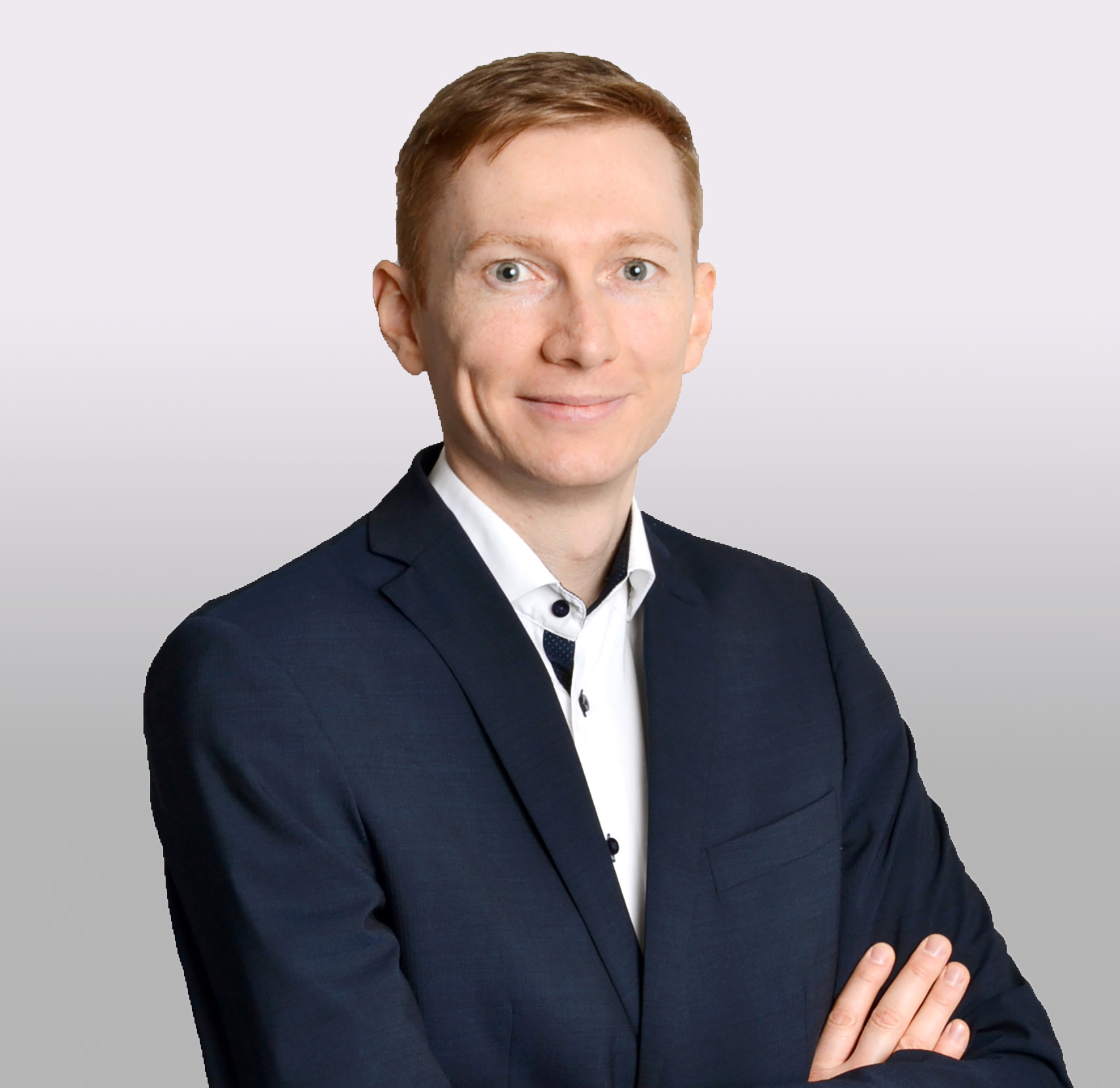 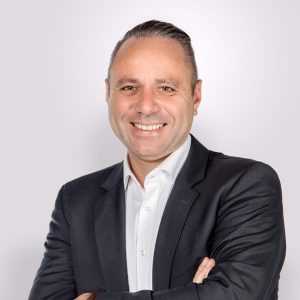 Michael Orzechowski has a Bachelor of Science in Economics and has been active in the SAP environment since 2007. His period of service with the Federal Armed Forces was focused on the maintenance and repair of aircraft, aircraft documentation and operations planning. After discharge from the armed forces Michael Orzechowski was employed in a managerial position as production manager in the automotive parts industry. This was followed by more than 5 years of employment with a consultancy in the Cologne area with advancement to his final position of Senior Consultant. During this period Michael Orzechowski was significantly involved in various rollouts of SAP-DFPS in the fields of materials management (MM/WM) and plant maintenance (PM). In 2013 he co-founded the C-OMS Consulting management consultancy. His areas of specialization are the cross module process / SAP integration and solutions for self-sufficiency in the public sector. 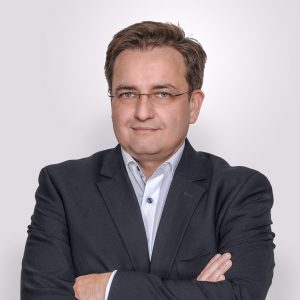 Stefan Montag is a qualified aerospace engineer and has been employed in process and software consulting in the SAP-ERP environment since 2005. Following his numerous years of employment with the Federal Armed Forces as an aerospace technician and maintenance planner focussed on aircraft documentation and operations planning, he worked as Senior SAP Consultant for medium-sized business consultancies in Germany and Switzerland. In 2013 he co-founded the C-OMS Consulting management consultancy. His main focal points are MRO processes, the make-up of complex aircraft constructions in product & process engineering and solutions for self-sufficiency in the public sector. 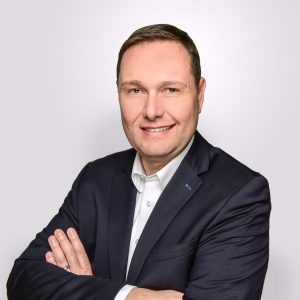 Thomas Seubert is a qualified aerospace engineer and has been employed in SAP consultancy since 2003. His collective professional experience up to that point was gained in the maintenance of aircraft as well as maintenance / operations planning for an airline company. He subsequently worked as controller for a company in the aerospace development sector accumulating initial experience with SAP. More than 10 years of working for consultancies in the Munich and Cologne areas followed with advancement to his final position of Senior Consultant. During this period Thomas Seubert was jointly responsible for numerous development projects and rollouts for SAP A&D/DFPS processes. In 2013 he co-founded the C-OMS Consulting management consultancy. His main focal points are process consultancy for maintenance in the aerospace and defense environment. 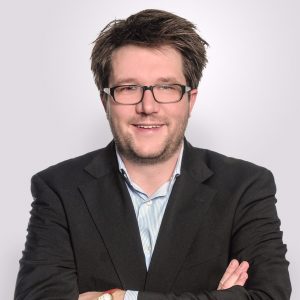 Jan Philipp Krawczyk has a German business administration degree and has been employed in the SAP environment since 2010. During his period of service as an officer in the air force he participated in the rollout of SAP DFPS in the field of materials management for all air force duty stations. Following discharge from the armed forces Jan Philipp Krawczyk was employed by the largest SAP systems house for the medium-sized company sector and here he was able to accumulate experience in this field in numerous industries. As Divisional Manager, Jan Philipp Krawczyk has been responsible for the “Industrial Consultancy” branch of the business since January 2017. His main focal points are the cross module process / SAP integration and the linking of non-SAP systems. 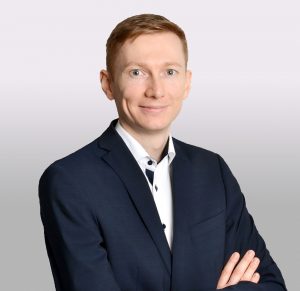 Thomas Rennert has an engineering degree and has been engaged in the SAP environment since 2011. During his period of service as an officer in the air force he participated in the realization of interfaces between the aerospace industry and SAP DFPS in the specification as well as in the commissioning and accompaniment of testing. In addition he coordinated the rollout of SAP DFPS in the fields of maintenance and materials management between users in the industrial and public sectors for various air force duty stations. Thomas Rennert has been engaged as SAP consultant at C-OMS GmbH since September 2016 and manages realization and process assignments in maintenance as well as project environments. 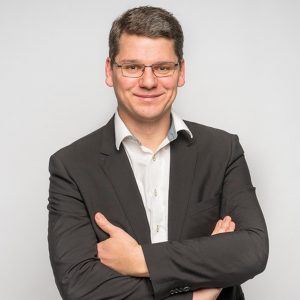 Mathias Kammerer has a German business administration degree and has been employed in the SAP environment since 2013. During his period of service as logistics officer he was active in the materials management sector in a logistics battalion and at the logistics centre of the Federal Armed Forces. Following his discharge from the armed forces Mathias Kammerer obtained certification as SAP Consultant in module MM. Mathias Kammerer has been engaged as SAP Consultant at C-OMS GmbH since October 2017 and manages realization and process assignments in materials management as well as in the project environment. 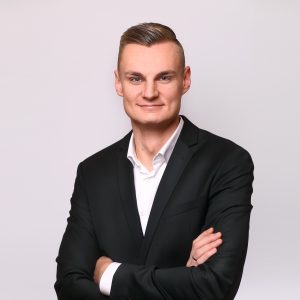 Dimitri Löwen has a Bachelor of Arts in Business Administration and has been active in the SAP logistics and human resources sector since 2009. AS C-COMS GmbH consultant in modules MM and PS Dimitri Löwen manages realization and support projects in the DFPS environment.

Jörg Hoffmann is a qualified electronics engineer for devices and systems and has been engaged in the SAP environment since 2014. After several years as an aerospace technician and maintenance planner with the naval air force, with focus on aircraft documentation and IT administration, Jörg Hoffmann has been engaged as SAP consultant at C-COMS GmbH for maintenance as well as database and ABAP development since March 2018. 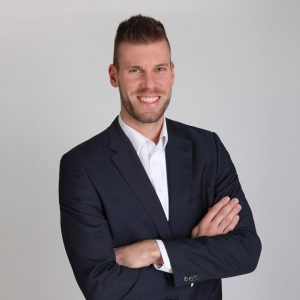 Patrick Hartmann is a state-certified businesseconomist specializing in logistics and has beenfamiliar with the SAP ERP environment since 2014. During his service with the naval pilots he was activein the areas of material disposition and warehousemanagement, with daily application of the SAPmodules MM and WM with intersections to the PM. Since October 2018 Patrick Hartmann works for theC-OMS GmbH in logistic support projects of thematerial management with application of thesolution DFPS, main focus MM. 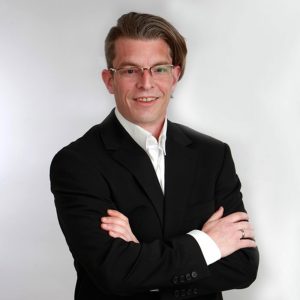 Thomas Eikermann holds a Bachelor of Arts degree in Business Administration and has been working in the SAP logistics environment since 2015. After completing his studies, Thomas Eikermann was responsible for the introduction of sustainable process certifications in a medium-sized company in the engineered wood industry and in 2015 switched from process consulting to SAP consulting with a focus on PP, MM and WM. Since then, Thomas Eikermann has gained experience in the automotive, manufacturing, mechanical engineering and wood-based panel industries. As a consultant at C-OMS GmbH, Thomas Eikermann has been responsible for implementation and support projects in the industrial sector since January 2019. 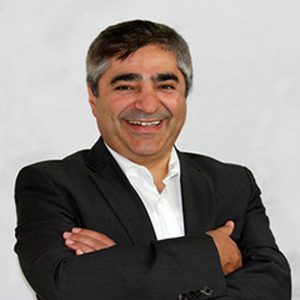 Şahin Hatun is an IT specialist and has been working in the SAP environment as a certified SAP developer and process consultant since 2001. Şahin Hatun is a very experienced SAP Senior Consultant with a focus on SAP Logistics (especially SD and MM) and SAP Process Integration (SAP PI). His industry knowledge is special: Retail, manufacturing industry, packaging industry, food industry, pharmaceuticals, insurance and banking. Both in the conception, the conversion and in the support Şahin Hatun is used in customer projects.
Experience as a trainer and developer rounds off his profile. Since September 2019, Şahin Hatun has been working as SAP Senior Consultant at C-OMS GmbH and supervises implementation and support projects in the industrial sector.